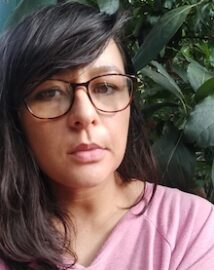 Alana is a Papua New Guinean/Australian, writer and director. Her AACTA-nominated short film Chicken featured in the 2020 Flickerfest International Short Film Festival, for which she received the award for Best Direction in an Australian Short Film. Having just directed an episode of the Fremantle produced kid’s TV show PM’s Daughter, Alana also completed a six-week Director’s Attachment on the ABC, Sky and Merman comedy Frayed Season 2.

Alana has long developed prose work informed by her connection to Papua New Guinea, including the story Smoke and Fire, published by literary magazine Going Down Swinging. She was the inaugural winner of the 2020 SBS Emerging Writers’ Competition for her personal essay Medium Beige, now published in an anthology by Hardie Grant Books.

Alana received the Writing NSW Early Career Writer’s Grant for Home is a Foreign Country in 2019, a TV series she created and developed while undertaking the Graduate Certificate in Screenwriting at the Australian Film Television and Radio School in 2018. This original concept has been optioned and is currently in early stages of development.

As a web series producer, Alana co-founded The Kvetch Set Sketch Collective and spearheaded the script development and production of three seasons of the online sketch comedy series The Kvetch Set, as well as directing several live comedy productions. She also co-produced Game Night, a short film adapted from one of The Kvetch Set’s live shows. Game Night was awarded Best Comedy Short Film at the Twin Tiers International Film Festival in New York in 2019, and has been officially selected for a number of international film festivals.